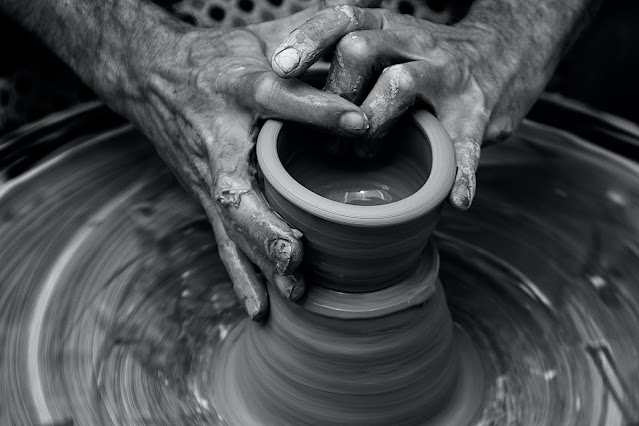 Suffering is the consequence of sin. World cannot escape it. And it has never been able to come to terms with it, on its own. The temptation has always been is to run away, resist and brood over it. But our attempts were in vain. As sin increased, suffering, injustice and violence increased in the world. Humanity was crushed in the mess of its own making. But God did not abandon the us.

What was the Jesus model of coping with suffering? Did Jesus chase suffering away or vanquished it? No. Instead He plunged right into the midst of the very sin, injustice, and violence that humanity suffered. Though he was without sin, for our sake, He embraced a fate worse than that of a criminal. He exposed himself to the ugly and violent face of sin. He was rejected, mocked, beaten and spat upon. He suffered inhuman cruelty. But he did not utter a word or complain. He willingly suffered in our place, in order to overcome sin and set us free. With the little life that was left in him, he dragged himself to the top of mount Calvary, carrying the weight of our sins upon his shoulders. And he offered himself as a sacrifice, a sacrifice that will once and for all destroy the dominion of sin and death over humanity.

He trusted his Father and was faithful to the very end. He knew that the final victory belongs to Him, and that the Good will triumph over evil. And on the third day he rose from the dead. He has won victory over sin and death. At every Easter, the victory chant rings aloud ‘Oh death where is your sting?’

Because of the victory that Jesus won over sin and death, we now have an opportunity to join our suffering with that of the Lord. And when we do this joyfully, it becomes redemtive, and it remedies our own debts and disciplines our disordered soul. We also have the previlage of offering the merit of our suffering as peanance on behalf of others for the salvation of their souls. When the holy ones of God who have accomplished the perfection of their souls, take on suffering, the merit is gathered into the repository of the Church, which is at the disposal of the Church to generously distribute to the poor souls in need, through plenary indulgences. Through our joyful suffering and drawing others to heaven, we become true sons and daughters of God, in the body of Christ.

Jesus was not abandoned in thick of his passion. His mother walked beside him all through the journey, sharing in her own way in his suffering. There was veronica, whose compassionate hands wiped his blood stained face. There was simon who helped him carry the heavy cross when there was no strength left in him to carry it any further. There was the theif who was crucified along with him who spoke up “this man is unlike us, he is innocent and does not deserve the punishment as we do”. In our lives too, when we go through our own passion, God will send consolation and strength.

Finally what should be our attitude to suffering? We should welcome it as the saints did. And when we do, we should say with gratitude, along with them – Lord! who am I that you have chosen me to share in your own suffering.

May the risen Christ be with us!

Popular posts from this blog

You have entered into your married life with lots of colourful dreams, hoping for a lifetime of unending bliss. But things aren't the way you imagined. Hope is faded, dreams turned pale and the basket is lost somewhere in the attic. You are pulling on, hoping someday at least your kids will grow up and fulfil some of your left over dreams. Or you are secretly married your work, hobbies or business craving some fulfilment. You feel your partner is partly if not fully responsible for this situation. You feel you married the wrong person. There is a big vacuum within and you are tired of pretending.  Life has been unfair to you and you want to quit. You feel you deserve more. Yes you do. Is it possible to restore your marriage? Answer is a resounding yes! Because the success of marriage does not depend on the goodness of the individuals involved.  "What is impossible for man is possible for God"  Luke 18:27 Marriage is not a human arrangement but God's own idea. G
Read more

The true spirit of Lent

- March 09, 2011
Never in my life have I really understood the true spirit of Lent. This morning I was led through the following thoughts by Jesus. Shifting Focus from self to Jesus On all previous lent, my focus was on what I did, what I sacrificed. This lent, may my focus be on Christ alone. What I do and what I give up would be the fruit of my being in YOU. Lent is a privilege and a special season of grace Jesus is giving me to identify with Him, the God who left the riches to become like me, the God, who walked the path of complete self denial, for my sake, until the peak of Calvary, the God who was obedient unto death on the cross, the God who went beyond forgiveness and cared to understand why his executioners did what they did, and interceded on their behalf to father saying “ forgive them for they know not what they do ”. As I deprive myself of the privilege of eating and drinking at my will and as my body signals to me of it's thirst, hunger, I would attend to it with love and unde
Read more